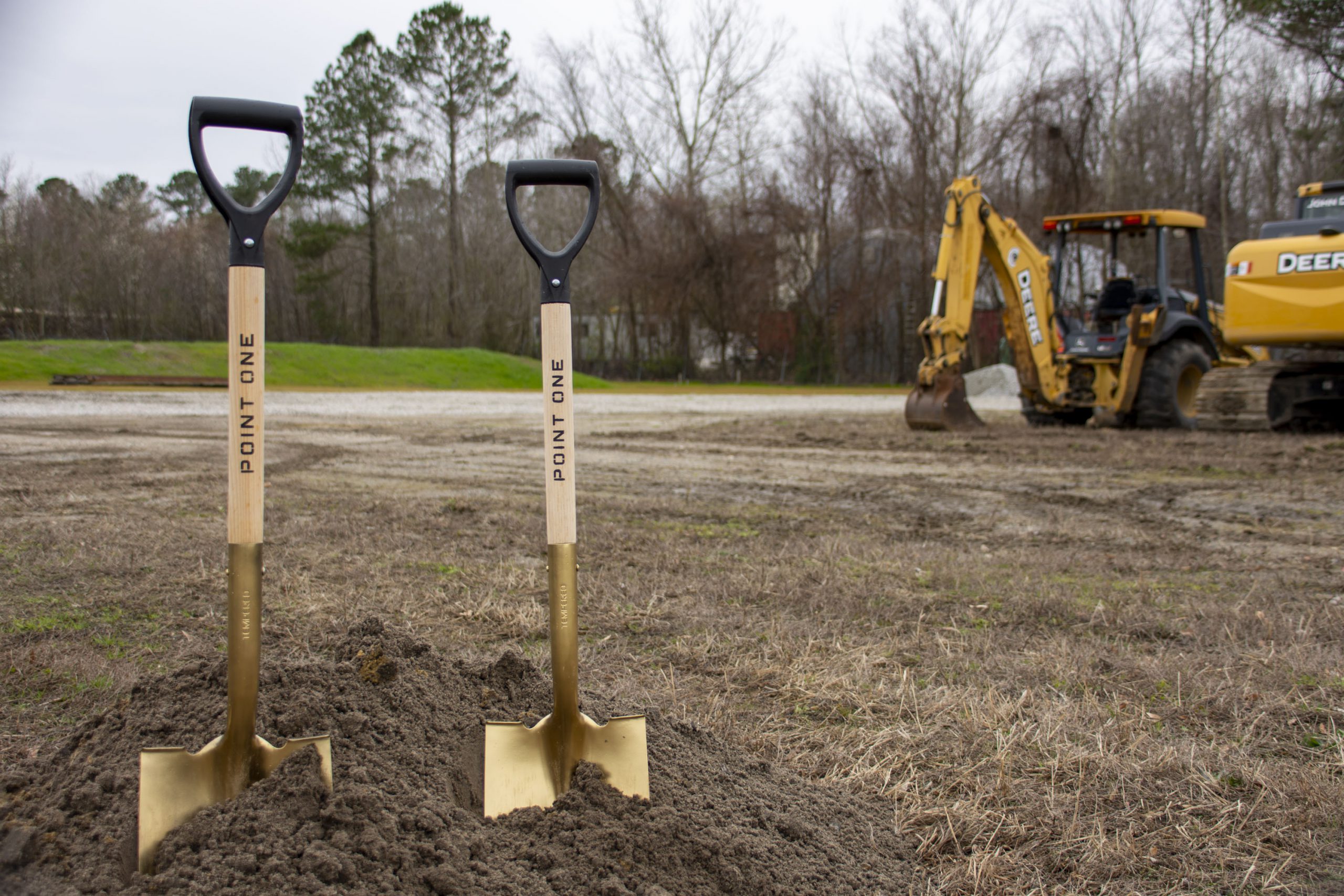 Point One Breaks Ground on a New Facility in Virginia Beach

February 19, 2020— Two digging shovels, their blades colored gold, sat awaiting their special purpose. To the left of them, a table was positioned not far away and a westerly wind blew its tablecloth enough that it needed to be secured so as not to obscure the three sided, blue and gray logo adorning it. On the table, several bottles of champagne, a triangle configuration of flutes and two white hard hats sat for the Point One groundbreaking. Bright smiles and lively conversation emanating from a small group people gathered at the edge of a rain-soaked yard brightened up the otherwise cloudy February afternoon. Everyone waiting for a modest ceremony to begin.

Twenty-three people were all that were available to muster as witnesses for the beginning of the next step in the evolution of our company. The remainder of our (just over)four dozen teammates were scattered to the four winds, advancing the capabilities of our customers, defenders and fellow patriots. At that particular moment in time, we were conducting five concurrent evolutions with five different organizations on both coasts of the United States and in Europe.

Once the jet noise from the F/A-18 Super Hornets doing touch-and-gos at nearby Naval Air Station Oceana subsided, Bob Brush, President of Point One, spoke a few words before he and Chief Business Officer Michelle Glasscock, retrieved their hardhats from the table and, Bob wearing an uncharacteristically big smile, drove the golden shovels into the earth where, in the near future, will stand the front door to an edifice that will stand metonymically with the level of excellence that has come to be associated with the name, Point One.

After a year of acquisition negotiations, architectural design, civil engineering, city planning and economic development meetings, Point One finally has the go-ahead from the City of Virginia Beach to break ground and commence construction of a three story, 14,000-square-foot building designed from the ground up to support Point One in our training, production and R&D efforts for the foreseeable future.

As the golden blades tossed the first few shovels full of dirt, Point One breaks ground and began constructing the foundation of an institute that continues to build strength through training in the service members and first responders that courageously take the long walk into harm’s way to do a job that few have the desire, talent or mettle to undertake. Along with the two founders present and the third, Mitch Hovenga, Vice President, who could not be present since he was off-site instructing a course alongside other teammates, with deep and sincere gratitude, we raise a glass in honor of fellow EOD and Bomb Tech men and women doing the hard, but great work at home and abroad of keeping our country safe.

Cheers to Point One! 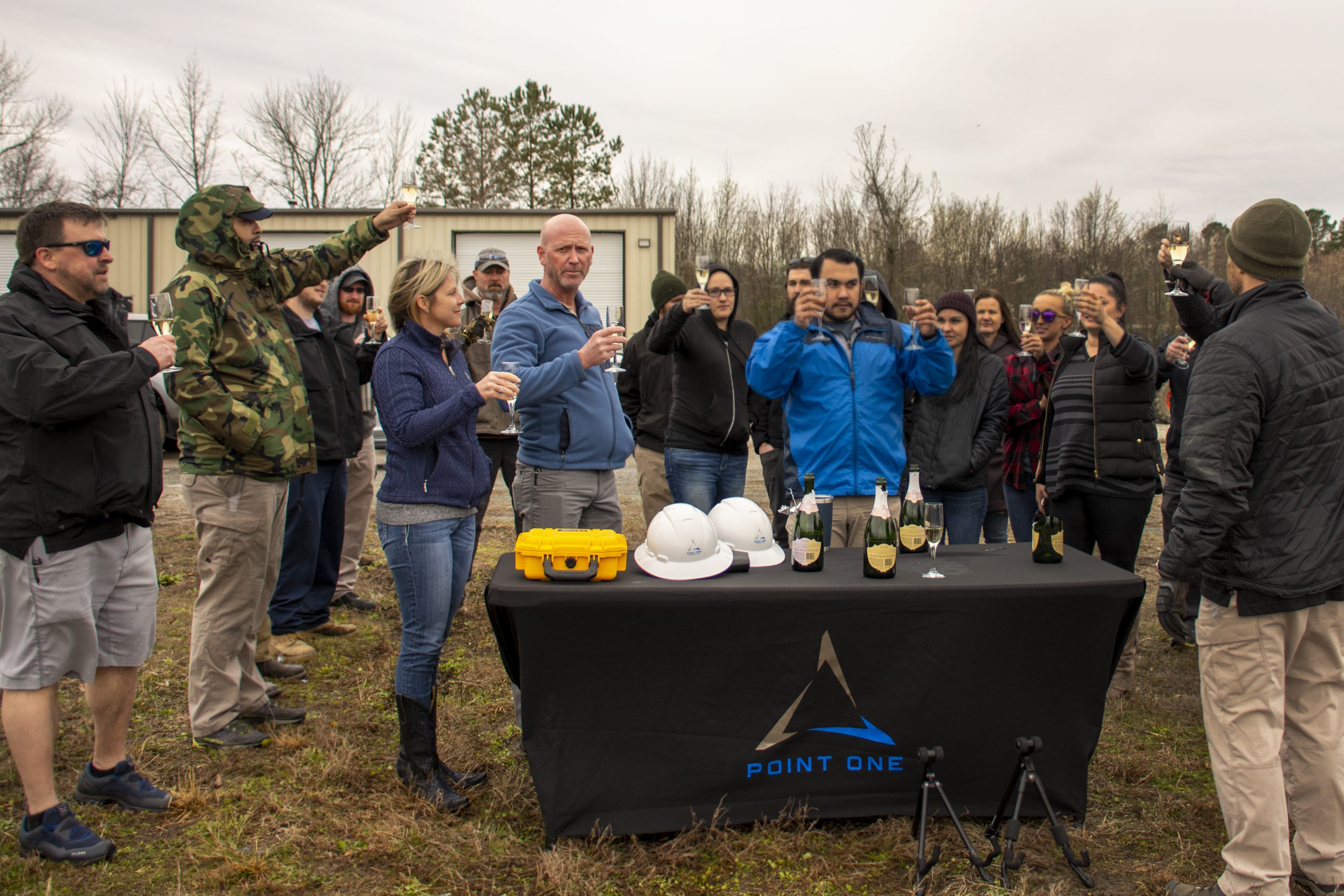