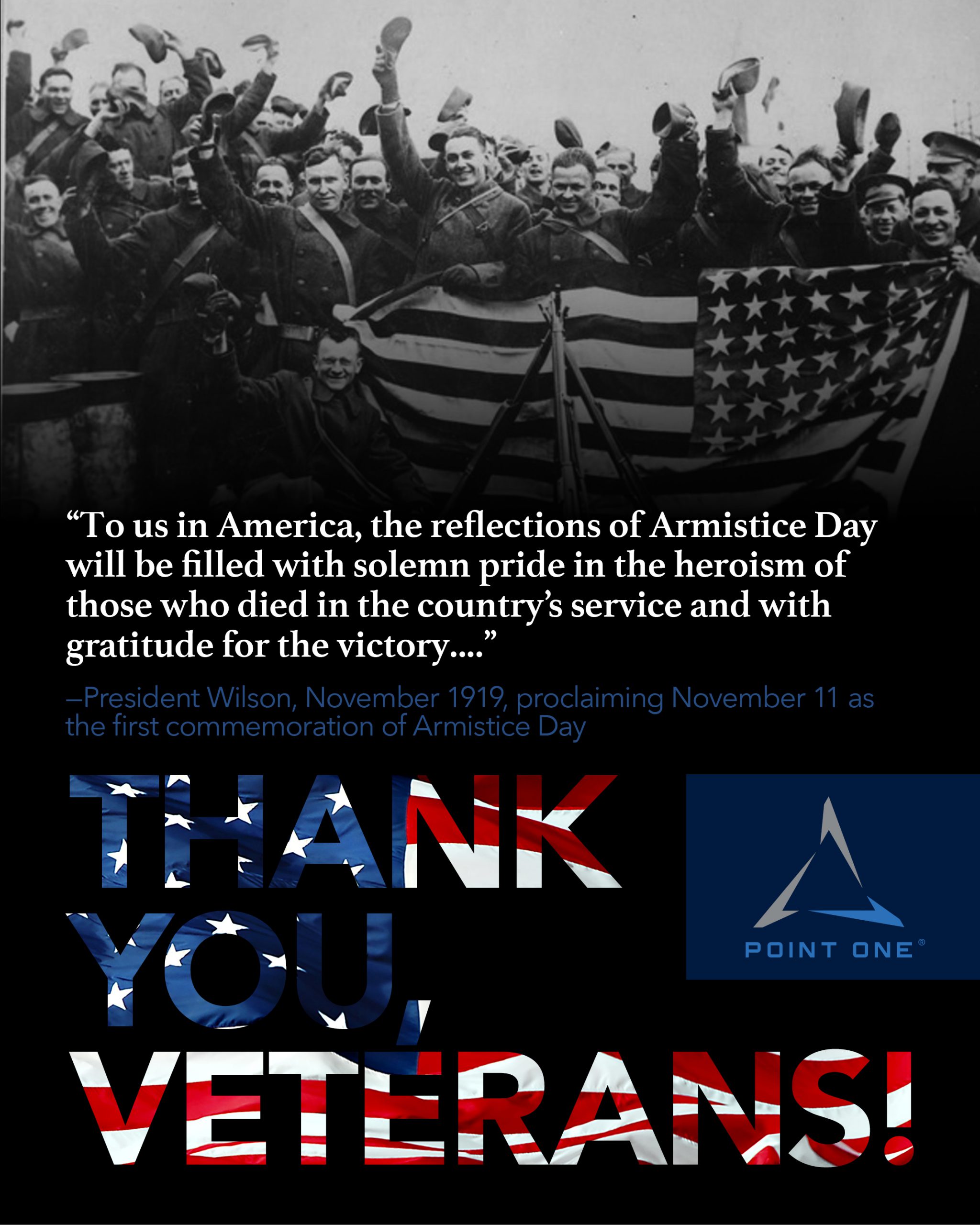 Veterans Day | Solemn Pride in Your Heroism and with Gratitude, Veterans!

This and every Veterans Day…

… we celebrate, to honor America’s veterans for their service and sacrifice for the common good.

From “Armistice Day”, 11th of November in each year a legal holiday—a day to be dedicated to the cause of world peace and thereafter celebrated, a day set aside to honor veterans of World War I—to “Veterans Day”—a day to honor American veterans of all wars.

In November 1919, President Wilson proclaimed November 11 as the first commemoration of Armistice Day with the following words: “To us in America, the reflections of Armistice Day will be filled with solemn pride in the heroism of those who died in the country’s service and with gratitude for the victory, both because of the thing from which it has freed us and because of the opportunity it has given America to show her sympathy with peace and justice in the councils of the nations…”

The United States Congress officially recognized the end of World War I when it passed a concurrent resolution on June 4, 1926, with these words:

Therefore be it Resolved by the Senate (the House of Representatives concurring), that the President of the United States is requested to issue a proclamation calling upon the officials to display the flag of the United States on all Government buildings on November 11 and inviting the people of the United States to observe the day in schools and churches, or other suitable places, with appropriate ceremonies of friendly relations with all other peoples.