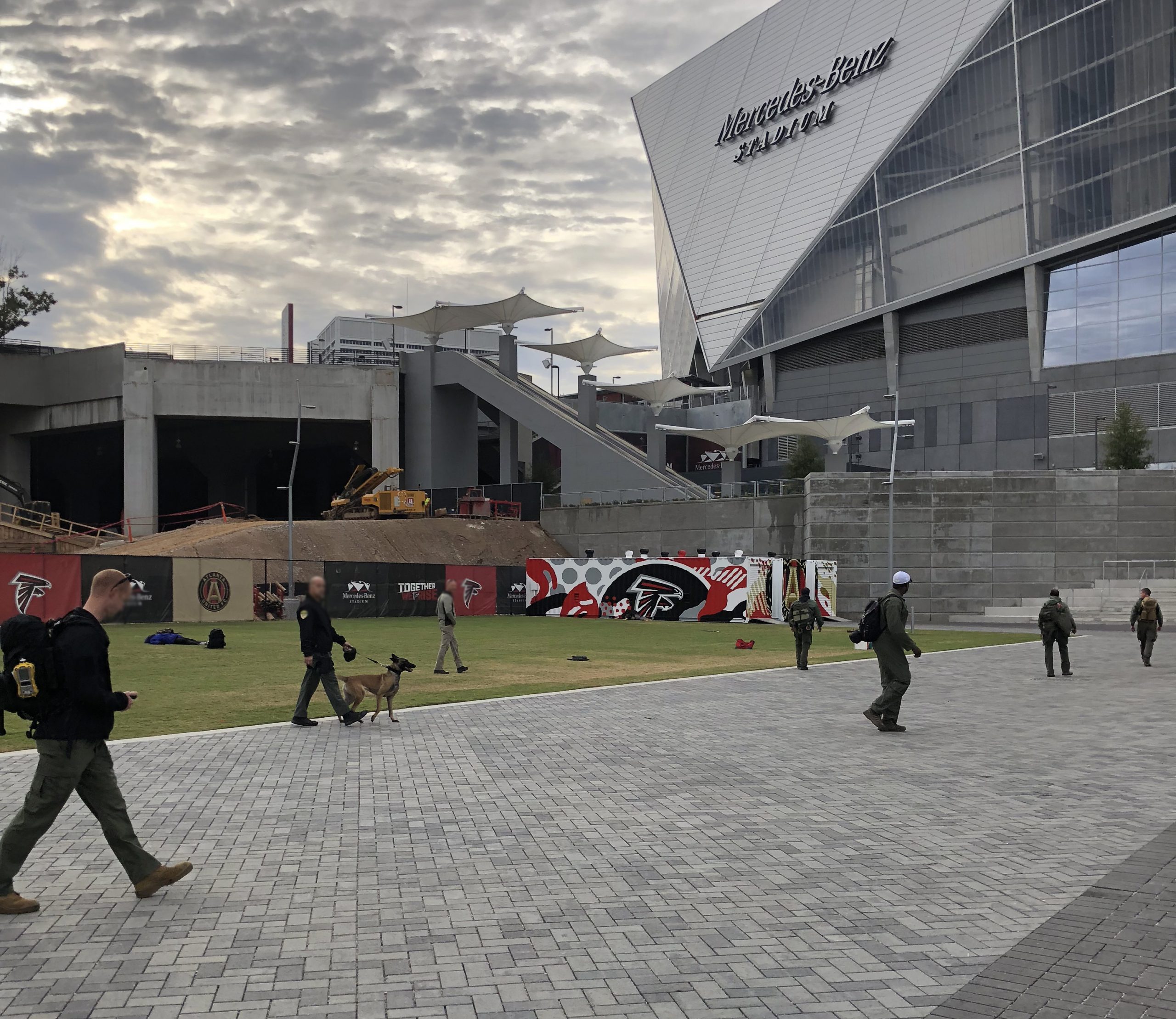 The Joint Hazard Response Team (JHRT) concept is not new for NFL and large venue security and special event public safety bomb technician operations in Georgia. Historically, JHRT had limited capabilities and was used as a quick response “evaluation” team to determine what resources were needed for the incident. This method has been viewed with some skepticism since it provided no real advantage in terms of capability or speed of response. Thus, the Georgia Bureau of Investigation (GBI) and Metro Atlanta Bomb Squads in concert with other public safety entities across the state of Georgia expanded the JHRT concept to great effect.

The JHRT Strike Teams, or simply Strike Teams, employed at Super Bowl 53 at Mercedes-Benz Stadium in Atlanta, comprised of two bomb technicians (often certified Tactical Bomb Technicians), a K9 unit, Tactical Medic and a Civil Support Team member. All Strike Team members received advanced training for operating in a special event environment and were equipped with dismounted capabilities. In contrast to large venue events held in other cities where bomb techs were assigned to static locations such as intersections and venue access points without K9 or medics, the Strike Teams were able to move around congested areas quickly and effectively.

The success of the Super Bowl 53 event was due in large part to the advanced training that took place four months prior to game day. This training experience allowed the JHRT Strike Team members to gain a better understanding of each of the assigned disciplines and expanded their individual role by taking on additional responsibilities to enhance the team’s capabilities. The training identified the need for flexible operating procedures at large events giving Strike Teams the ability to take immediate action in a CBRNE incident.

The NFL security representative in attendance was of the opinion that every bomb squad that supports an NFL team should receive this training.

This excerpt was taken from Special Event PSBT Operations, Large Venue Security and What Every Bomb Squad Supporting an NFL Team Should Receive. Log in to read more the rest, and the training and support we provide.