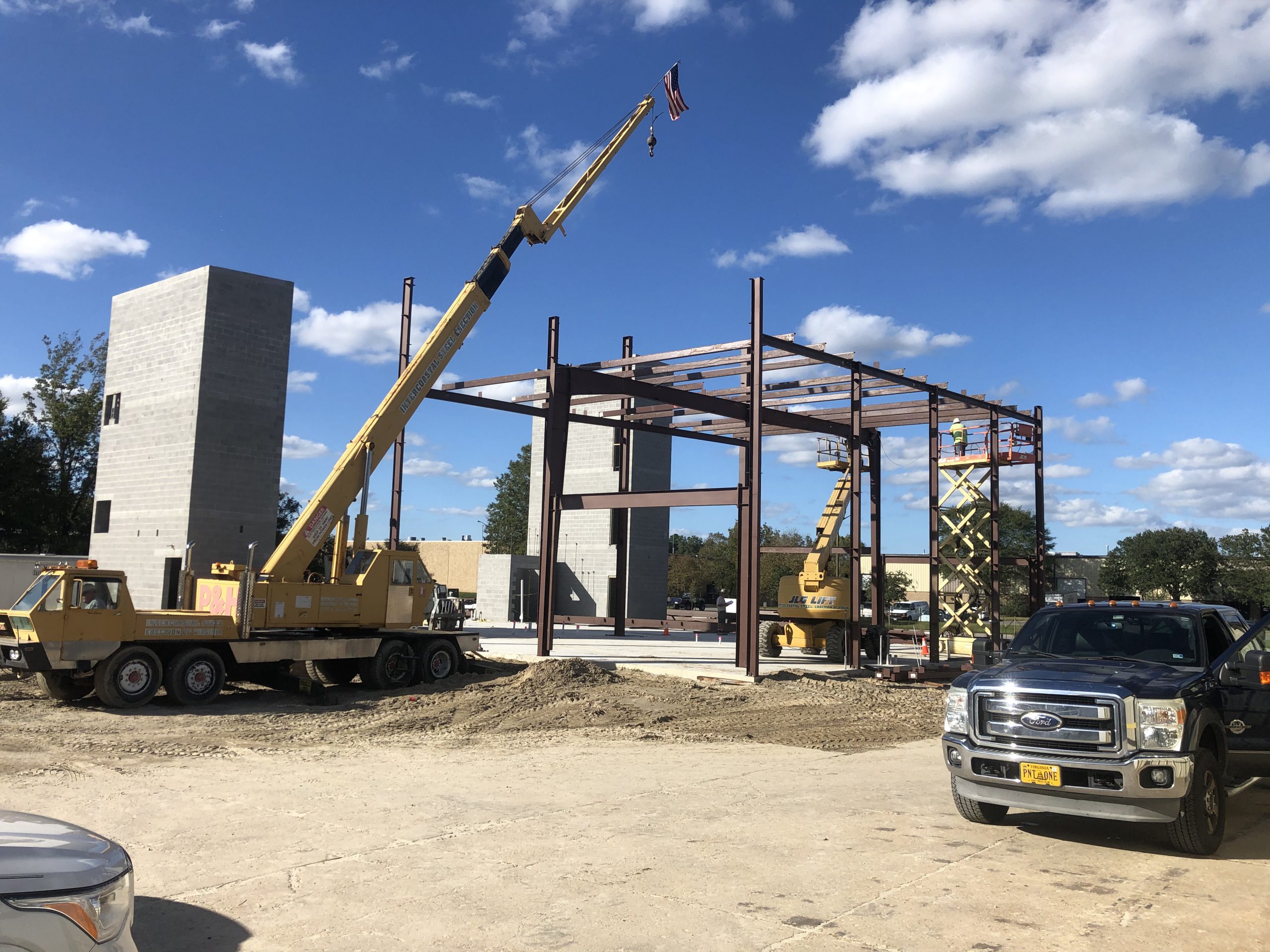 Atop the crane, it is posted, and waves proudly, higher than anything around, as the pieces under it are placed and made to stand into the skeletal structure growing with steely resolve. 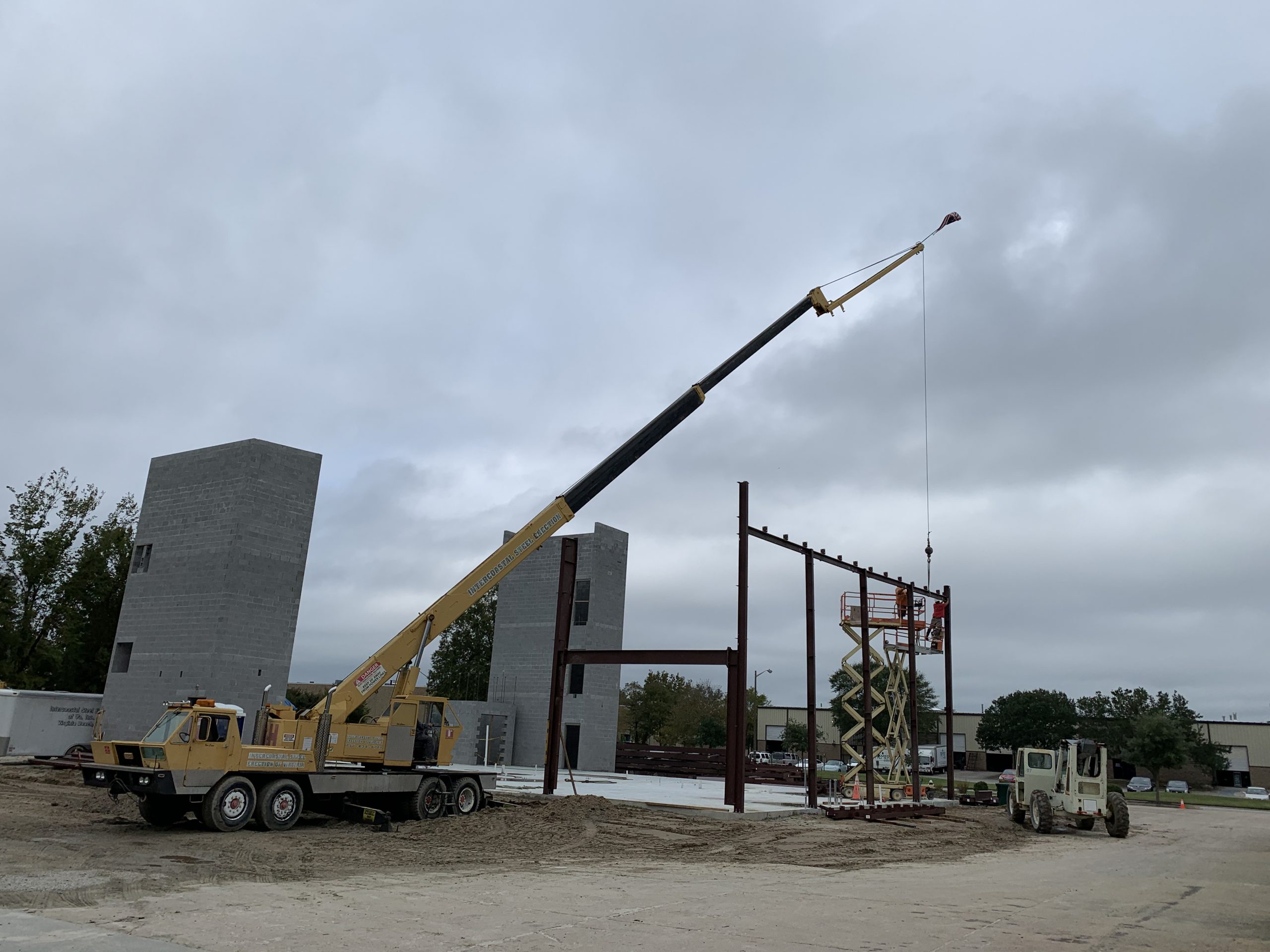 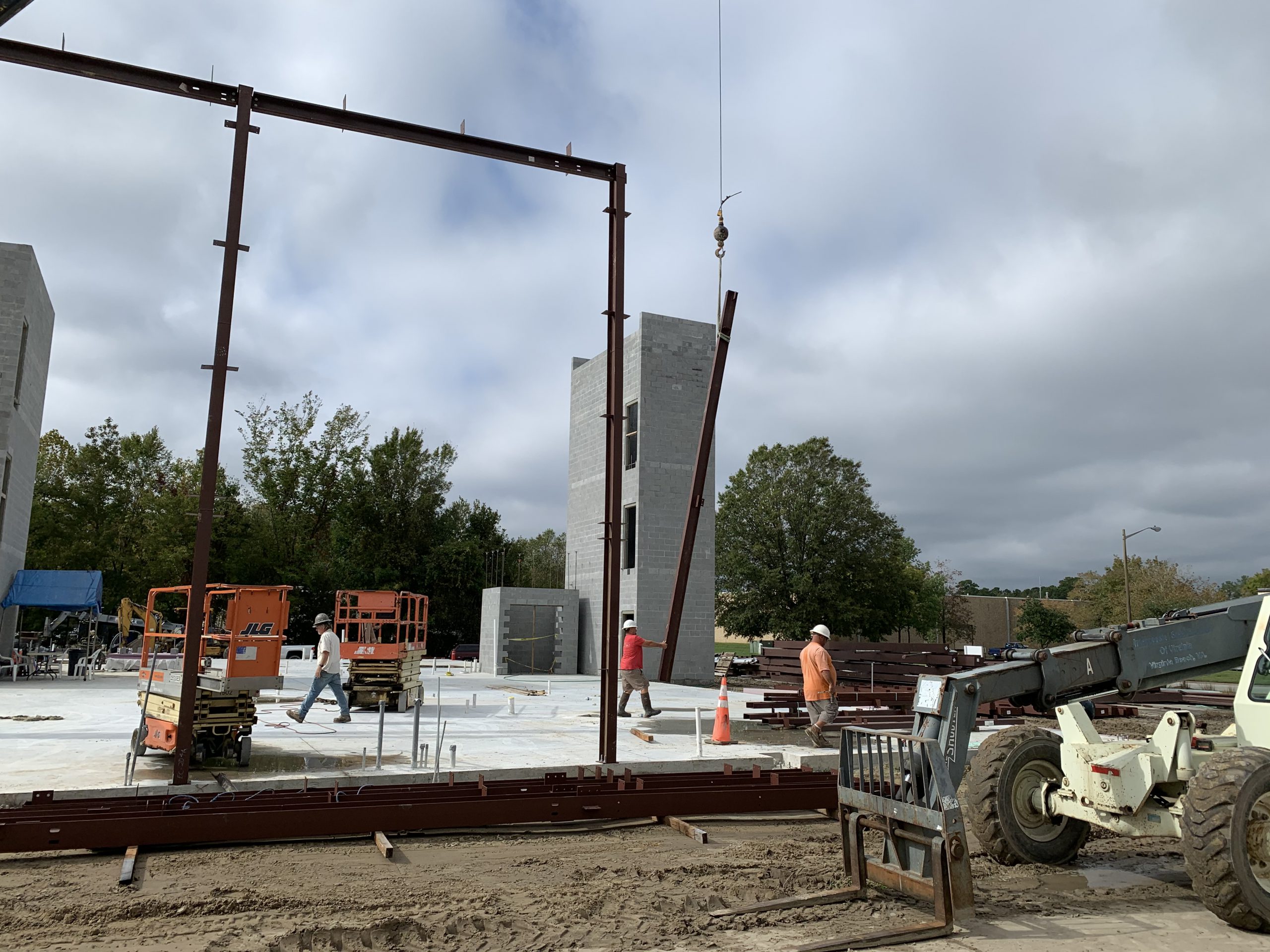 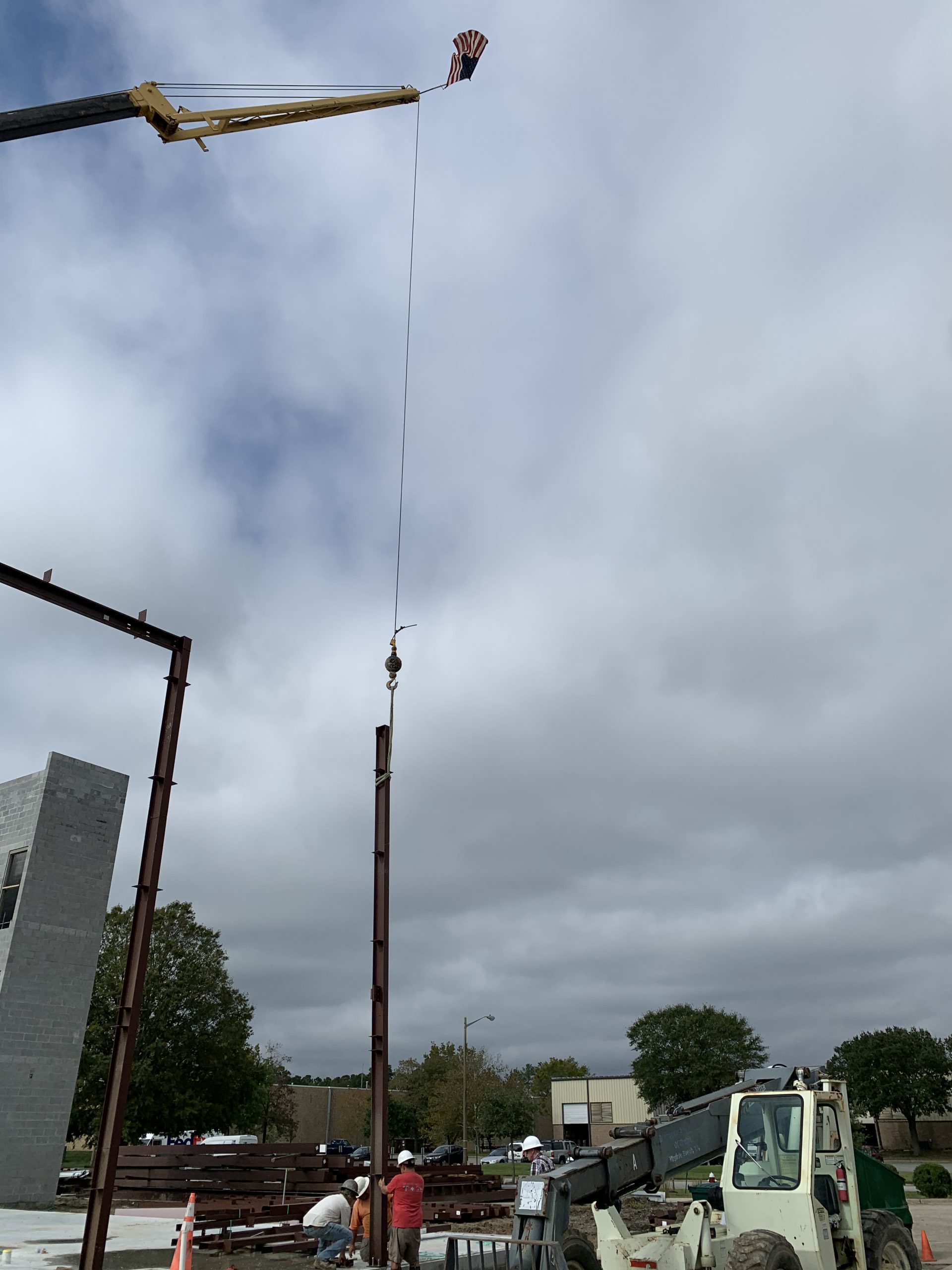 Like in accolades of ol’, the wings of the new building are graced by the strongest symbol of freedom that we have today—the American flag.

The Point One building is not being knighted in some official or ancient ceremony of dedication to king or kingdom. Nonetheless, it kneels in service and respect to the flag of our country and those that fight for it, to make and keep our land free and strong for life, liberty and the pursuit of happiness for all within these United States, a beacon to the world.

For this undertaking being erected with modern means, the frame outlines the future space to house a meeting room and the technical demonstration area for those we serve. On the other side of the two towers that will be our stairwells, the other wing will be placed to house Production, where kits and training aids will be made for military EOD and public safety bomb techs fortified with the training, special events, and exercise support we provide.